Christophe's current projects include a double bill of Bartók's Bluebeard's Castle and The Miraculous Mandarin that premieres at La Monnaie, Brussels in June 2018. He will also direct a new work, Dorian by Javier Barcala, based on The Picture of Dorian Gray for NTT Groningen in September 2018.

Initially training as an actor and theatre director, Christophe has also worked prolifically in other fields, including a global career in fashion, design and art. The seductive voice of the theatre kept calling however...in 2017 he returned to directing with his approach very much coloured by his myriad experiences.

It has been announced by the Richard-Wagner-Stiftung Leipzig that Hartmut Haenchen will be awarded this year's Richard Wagner Preis on 13 May at a ceremony at the Oper Leipzig. Previous winners include Waltraud Meier and Christian Thielemann.

William Lacey and David Alden's Billy Budd at the Bolshoi Theatre Moscow, was recognised with a Golden Mask for Best Opera Performance in Russia.

Kazushi Ono was nominated for Conductor of the Year at the International Opera Awards for his performances of the world premiere of Arnulf Herrmann's Der Mieter at Oper Frankfurt. The piece itself was also nominated in the World Premiere category.

Allan Clayton joined Brett Dean on stage to collect the IOA award for World Premiere; Dean's Hamlet was first seen at the Glyndebourne Festival, 2017. Allan is also shortlisted for the Royal Philharmonic Society's Singer Award for his UK performances throughout 2017. The winner will be announced on 9 May.

Sky Ingram took to the stage at the International Opera Awards at one hour's notice to sing Cunegonde in Bernstein's Make our garden grow alongside the Candide of Toby Spence.

George Jackson saved the day not once but twice, he jumped in for François-Xavier Roth who was delayed due to snow to conduct the London Symphony Orchestra in a rehearsal of new music. Days later, he received a call, on April Fools Day, asking if he would step in for Daniel Harding, who was unwell, to conduct at the Philharmonie de Paris. Not one top orchestra this time though, three; the Orchestre de Paris, Ensemble Intercontemporain and Les Arts Florissants in a programme including Charles Ives' mammoth Symphony no.4. 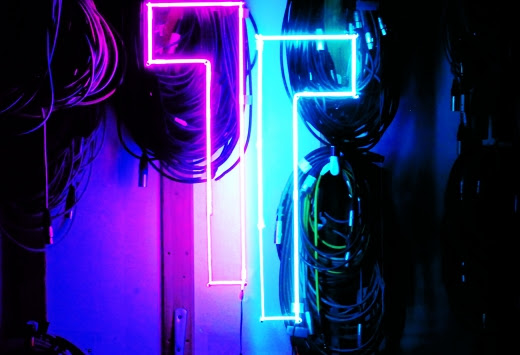 Launched in 2013, Tectonics celebrates its 6th year on 5 and 6 May, with a flourish of improvisers and new music practitioners from around the world, brought to Glasgow to collaborate together and with local performers and artists. Curated by Ilan Volkov, the festival, now a major event of Glasgow's cultural life, will storm the City Hall and its surroundings.

Pavel Kolesnikov released his most recent recording, the music of Louis Couperin on 30 March. The CD joins his previous releases of the Chopin Mazurkas (winner of the 2016 Diapason d'Or de l'année) and Tchaikovsky's Seasons on the Hyperion label.

Paul Lewis' recent CD for Harmonia Mundi was also released on 30 March: Haydn Piano Sonatas nos.32, 40, 49, 50. The recording has already been named Recording of the Week by Presto Classical.

Marc-André Hamelin's recording of Schubert's Piano Sonata D.960 and Impromptus D.935 was released by Hyperion in April 2018. Marc-André's performance of The Rite of Spring and other works for four hands by Stravinsky performed with Leif Ove Andsnes has captured the imagination of Guardian writer Erica Jeal: ...irresistible power and superb teamwork.

The Elias String Quartet's recording of Schumann's Quartets nos.2 & 3 has been released on Alpha, the performance has been named Editor's Choice in May's Gramophone magazine.

Lawrence Power's recording of Berlioz's Harold en Italie with the Bergen Philharmonic Orchestra conducted by Andrew Manze was released in April 2018. A performance of which Hyperion says: ...he [Berlioz] would surely have rejoiced in this impassioned performance by Lawrence Power...

François-Xavier Roth and Les Siècles' second release in their complete Ravel orchestral works series for Harmonia Mundi has already been recognised, receiving a Diapason d'Or, Presto Classical CD of the Week and Sunday Times Classical Album of the Week. The album features the complete Ma mère l'oye as prepared for the staged performances in 1912.

The personal data laws are changing and this means we need to ensure that you are happy to continue to receive newsletters by email from us. If you do not want to receive them you can click below to unsubscribe and we will remove you from our lists. To read our full privacy policy please click here.